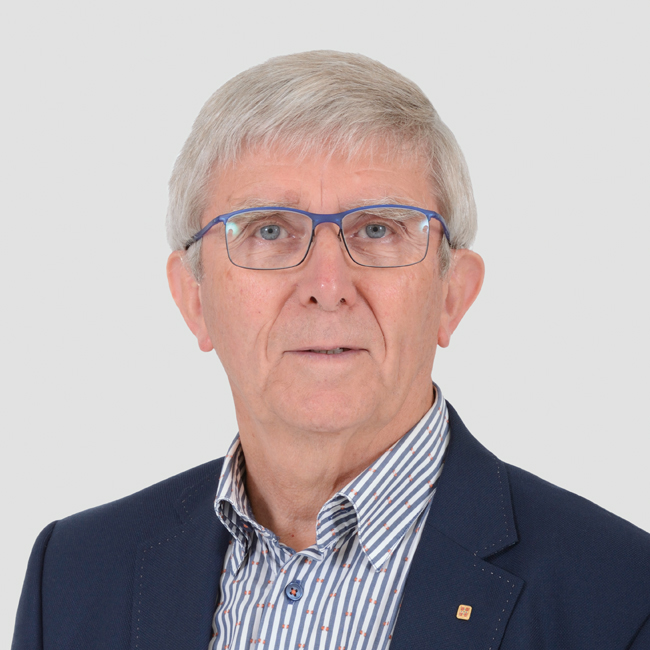 Recognized as a leading specialist in geotechnics, Professor Serge Leroueil was invited in 1999 to present the Rankine Lecture to the British Geotechnical Association, the most prestigious honour in this field. He owes his international reputation to his research on the nature and behaviour of soft clays and structured, unsaturated, and compacted soils.  Through his work, he has contributed to knowledge on embankments on soft clay as well as landslides.

After earning a civil engineering degree at the National Institute of Applied Science in Lyon, Serge Leroueil did his doctorate at Université Laval in 1977. He started working as a professor in UL's Department of Civil Engineering in 1980 and remained there until his retirement in 2016.  After being named a full professor in 1988, Serge Leroueil created three graduate courses on advanced soil mechanics and scientific research. From 2010 to 2014, he served as assistant chair of the Department of Civil and Water Engineering and sat on a variety of department and faculty committees. Serge Leroueil supervised or co-supervised 70 master's and doctoral students, helping train specialists in the fields of geotechnics and landslide prevention.

Serge Leroueil's research has been extremely well received both in Canada and abroad, earning him numerous awards and distinctions. In 1999 he was named a fellow of the Engineering Institute of Canada and in 2001 received the Institute's K.Y. Yo Medal for his significant contribution at the international level. In 2013 he was awarded the Legget Medal by the Canadian Geotechnical Society. Professor Leroueil has given numerous lectures abroad, including the 4th Geotechnical Research Council Lecture in Singapore and the Suklje Memorial Lecture in Ljubljana, Slovenia. He was a member of the Academy of Sciences of the Royal Society of Canada from 2004 to 2016. In 2017, he received a Canadian Senate 150th anniversary medal. Serge Leroueil's distinctions and his many collaborative research and teaching activities have helped enhance Université Laval's international reputation.

Due to worldwide interest in his work, Professor Leroueil has produced some 300 technical articles and papers for academic journals and international conferences. His work has been supported by funding agencies, government departments, and Hydro-Québec, a testimony to the practical applications of his research. Professor Leroueil continues to supervise graduate students and is actively involved in three Université Laval research projects in cooperation with the Québec government and as a member of the International Landslide Committee. He is also finishing up two technical works: Understanding Landslides through Case Studies, with Professor Luciano Picarelli of the University of Naples and Advanced Soil Mechanics and Applications to Engineering Practice, with research professor David W. Hight of the Geotechnical Consulting Group in London.

Serge Leroueil has made a lasting contribution through his many achievements and distinctions while teaching and conducting research at the Department of Civil and Water Engineering in Université Laval's Faculty of Science and Engineering.