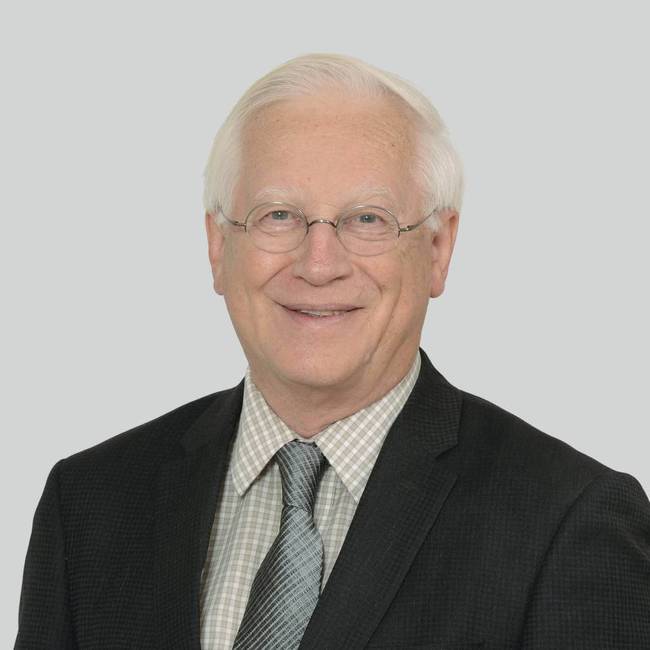 André Couture is an internationally recognized specialist in Hinduism and Sanskrit language and literature, specifically traditions and texts related to the Hindu god Krishna. He played a key role in developing the curriculum and structure of Université Laval’s religious studies programs by introducing regular lectures on the major religions, including Hinduism and Buddhism, and by creating the first Sanskrit language courses, which he continues to teach as an adjunct professor.

Professor Couture earned a bachelor’s degree in theology from Université Laval in 1969 and continued his studies in Paris, matriculating first with a degree from École pratique des hautes études in 1974 and then a PhD in religious studies from Paris-Sorbonne University in 1977. After holding various teaching positions, he was hired as an adjunct professor at Université Laval in 1986. He became an associate professor in 1990 before being promoted to full professor in 1998 and retiring in 2015. During his time at Université Laval, he supervised 14 master’s theses and four doctoral dissertations and oversaw two postgraduate fellows. Professor Couture created and directed Centre de ressources et d’observation de l’innovation religieuse (CROIR) and served as director of the certificate programs in religion, the master’s degree in human religious studies, and the joint PhD (UQAM and Concordia University) in religion. He also held positions with the Canadian Society for the Study of Religion and the Canadian Corporation for Studies in Religion, and is a member of Société asiatique de Paris and the International Association of Sanskrit Studies.

Professor Couture was awarded a number of grants over the course of his career for his ongoing high-level research efforts. The value and significance of his work has been widely recognized by top international specialists in his field. In 2009 he was appointed foreign correspondent to Institut de France (Académie des inscriptions et belles-lettres). Some 30 of his articles were published in India in 2015 and 2017, 12 of which were translated from the French. Professor Couture participated in a great many scientific conferences in Canada and abroad over the course of his career. He has published 13 monographs, nearly 50 chapters or sections of collective works, and 42 articles in peer-reviewed scientific journals in Québec, Canada, and abroad. He has been published in prestigious journals, including Journal asiatique in 2013 and Journal des savants (the oldest scientific journal in the world) in 2017. Professor Pierre-Sylvain Filliozat, one of the world’s greatest experts on Hinduism, praised Professor Couture before Académie des inscriptions et belles-lettres in Paris in 2017.

Over the course of his brilliant teaching and research career, Professor Couture did much to ensure Université Laval’s prominent place in the study of Asian religions.