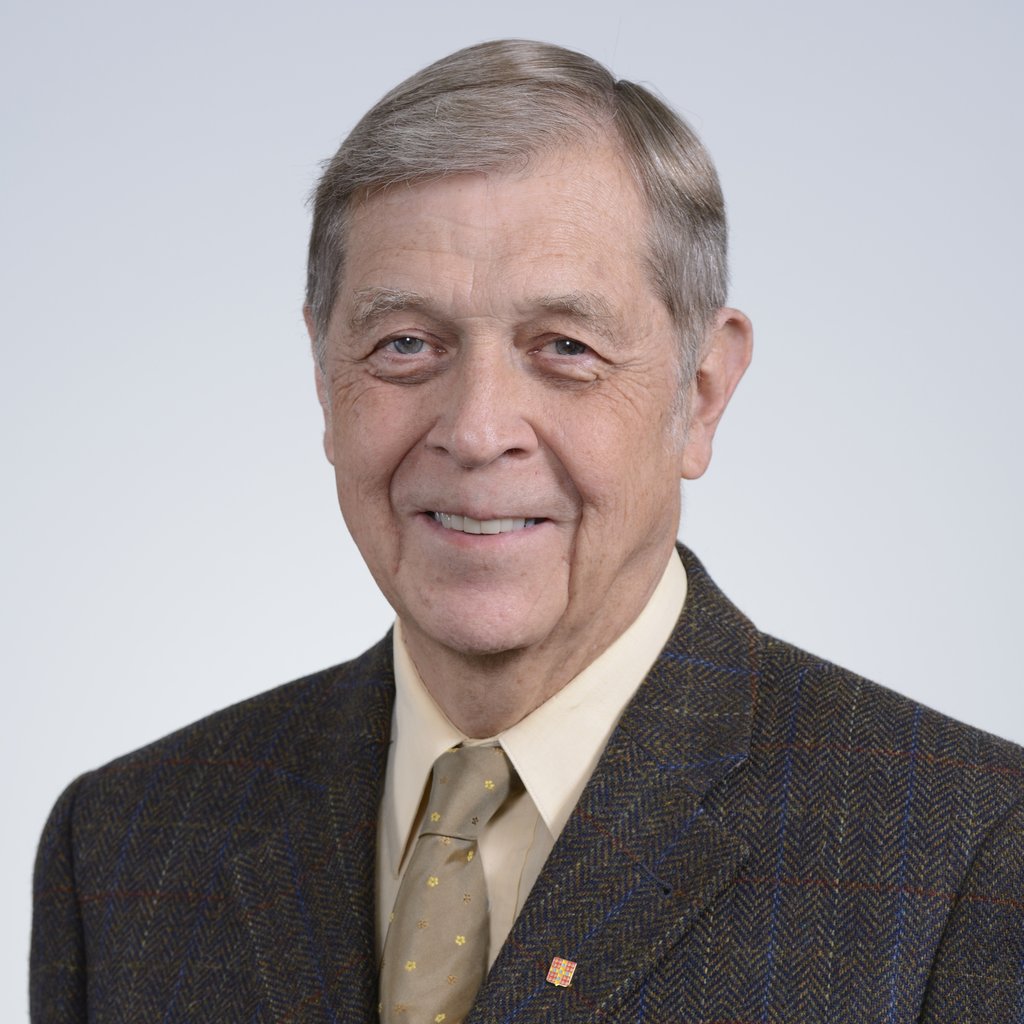 James Douglas Thwaites has always been determined to see his students succeed. That's why he increased the number of student mobility agreements in industrial relations, coached student teams in competitions, and made a difference by giving back. Well respected for his insightful interventions in public- and private-sector workplaces, he is also a sought-after speaker and researcher.

For over 40 years, teaching has been the cornerstone of Professor Thwaites' work in the Department of Industrial Relations. He has always gone above and beyond, offering extra courses and broadening their scope on subjects ranging from unionism to globalization, corporate management, and human resources. Professor Thwaites has supervised 60 graduate students and been a reader for 88 others over the course of his career. He has also taught as a visiting professor at other institutions, including Université de Sherbrooke, Université du Québec à Montréal, and École nationale d'administration publique, where the students were just as enthusiastic about his courses. Université Laval recognized his dedication to education in 2008–2009 with the Career Award in Teaching.

In an effort to provide better training and richer experiences for students, Professor Thwaites significantly expanded the department's International Profile program by signing agreements with universities in Canada, the U.S., Mexico, France, Belgium, and Australia. He also collaborated with the International Bureau to organize the Japan-Canada Symposium, where students from 10 Japanese and 12 Canadian universities explored the theme «Young people and the labour market.»

Generous by nature, Professor Thwaites has always worked tirelessly to ensure his students flourish. For many years, he was a coach and judge for Excalibur, the Canadian university tournament in human resources, and for Université Laval's industrial relations competition. He also created and funded a foundation that awards academic and community engagement scholarships to deserving members of the student body. This exceptional educator has made significant personal donations to the library's general and rare book collections and has been involved in managing the Gérard-Dion Fund, which has made substantial contributions to research. His generosity has made a lasting impact on training and research at Université Laval.

As an academic dedicated to his university, his discipline, and to teaching, he sat on the Student Affairs Committee and served as undergraduate program director and head of the Department of Industrial Relations. He has also been called upon to help assess programs at other universities in Canada and abroad. His interest in education and working conditions for teaching staff led him to serve as union delegate, secretary, and eventually vice president for Syndicat des professeurs et professeures de l'Université Laval.

Professor Thwaites has presented 71 papers in North America, Europe, and Asia, and authored 48 articles and 26 books in French, English, and Spanish. He has also founded, administered and directed academic journals. His workplace interventions have taken him into a range of settings, including Labour Canada and the health care, postal services, and university press spheres. He has also chaired Canada's industry councils for textiles and construction. Professor Thwaites has helped put Université Laval in the international spotlight through his work as a consultant for entities such as the International Labour Organization, the African Union, the European Centre for the Development of Vocational Training (Saloniki, Greece), and Mexico's Department of Labour.