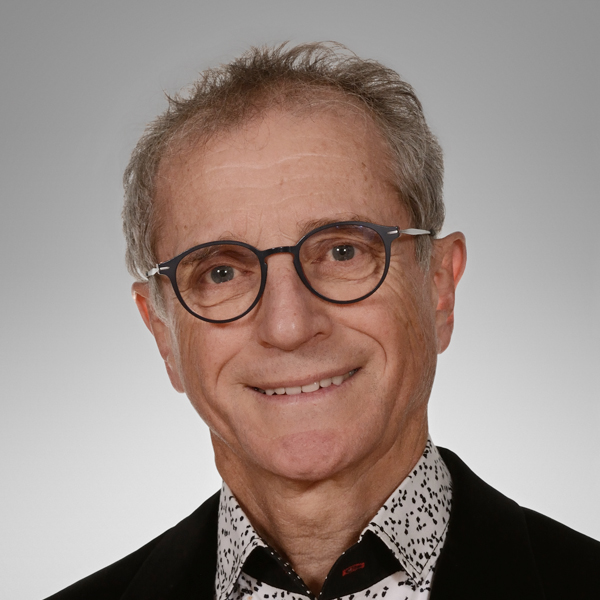 Professor Jean-Pierre Grégoire is a pioneer in pharmacoepidemiology education, which teaches students to critically assess scientific literature to make better decisions about medications. He was hired in 1997 and made great strides in promoting the discipline, which was rarely taught at the time. Professor Grégoire has dedicated his career to improving pharmacy services and the use of medication.

Jean-Pierre Grégoire has been a world-class scientist for over 30 years. As a researcher at Centre hospitalier universitaire de Québec's population health research unit, he developed an interest in optimizing the use of medications to treat chronic diseases, and particularly patient non-compliance with drug treatments. He has authored or co-authored five chapters in books published in Québec and the United Kingdom. As a pharmacoepidemiology researcher, he has co-authored 124 articles in international, peer-reviewed journals, such as the Archives of Internal Medicine, Canadian Medical Association Journal, International Journal of Epidemiology, and Journal of Clinical Epidemiology.

Jean-Pierre Grégoire's innovative work has earned him invitations to a wide range of international scientific events. The Department of Pharmacology at Université Victor Segalen Bordeaux 2 in France also asked him to teach a graduate course in pharmacoepidemiology. At the 32nd annual International Conference on Pharmacoepidemiology and Therapeutic Risk Management in Dublin, Ireland, he was invited to present a seminar entitled «Objective Adherence Measurement Techniques.» He gave the seminar again the following year at the 33rd annual conference in Montréal. From 1997 to 2013, he was involved in organizing some 30 conferences and brought the International Society for Pharmacoepidemiology's 23rd annual conference to Québec City, also chairing the scientific committee for the event.

In addition to his research activities, Professor Grégoire was appointed dean of the Faculty of Pharmacy in 2007. During his tenure, he helped attract$2.5 million in funding from the Marcelle and Jean Coutu Foundation,$650,000 from Sandoz, and$280,550 from Familiprix for the Integrated Pharmaceutical Sciences Training Centre. He also created the Faculty of Pharmacy's Teaching and Research Fund, which aims to foster philanthropy among faculty graduates and generate support for innovative initiatives for the next generation of graduates. Professor Grégoire served as president of Québec's Order of Pharmacists from 1993 to 1995. Under his leadership, regulations on pharmacies were amended to make confidential consultation areas mandatory and the code of ethics was strengthened to prohibit pharmacists from selling tobacco products.

Professor Grégoire's outstanding contribution to the advancement of his profession has earned him prestigious awards, including fellowships in the Canadian Academy of Health Sciences, the International Society for Pharmacoepidemiology, and Québec's Order of Pharmacists. In 2018 he received the Louis-Hébert Award, the order's highest distinction, yet further evidence of his brilliant academic career.

Professor Grégoire's vision and outstanding contribution to the advancement of knowledge in pharmaceutical sciences are recognized and celebrated by the academic community and his fellow scientists. He has made an exceptional contribution to Université Laval's reputation in the health sciences, both within Québec and internationally.