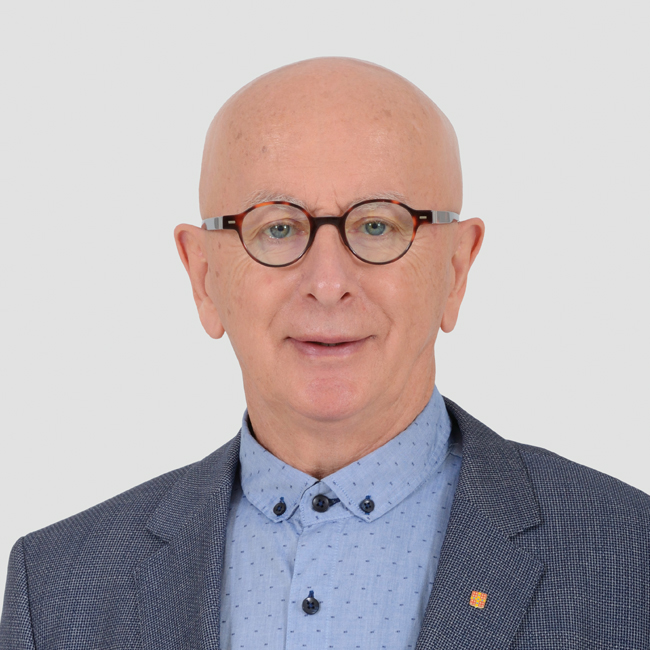 Professor Michel Vézina is known as a leader and visionary in the Department of Social and Preventive Medicine at Université Laval. As such, he founded research groups and paved the way for the exploration of public health issues from various angles, particularly in occupational health and safety.

As soon as he arrived at the Faculty of Medicine, Professor Vézina started doing research on the impact of psychosocial risks on workers' health and how to prevent them from affecting mental health and musculoskeletal and cardiovascular systems. Throughout his career, he actively contributed to the acquisition and organization of new knowledge in this area.

Over the years, Professor Vézina held a number of high level positions in Québec's public health system.  He served as head of the Department of Community Health at Centre hospitalier de l'Université Laval (CHUL) and director of public health for the Capitale-Nationale region, and chaired the executive committee of the Santé Québec health survey. Due to his reputation as a public health expert and specialist in the psychosocial risks associated with work, he was asked to head up the Québec survey on working conditions, employment, and occupational health and safety, conducted jointly with a number of organizations. In addition to creating research groups on the organization of work, Michel Vézina has collaborated on research in the field of population health and optimal healthcare practices for many years at the CHU de Québec-Université Laval Research Centre.

Professor Vézina is known and respected well beyond Québec's borders. He has published 101 articles and contributed to over 150 conference papers, including sixty as first author or presenter. Dr. Vézina negotiated partnership agreements between Université Laval and other teaching institutions, including Badji Mokhtar – ANNABA University in Algeria. He was also responsible for the framework agreement in law and occupational medecine signed between Université Laval and Lille 2 University of Health and Law. He received the City of Lille medal of honour in 2000 for his outstanding contribution. As an occupational health and safety expert, Professor Vézina was invited to sit on the committee tasked with developing and reviewing the Québec Healthy Enterprise standard  and the Canadian standard on occupational mental health.

During his tenure as regional public health director, he continued fulfilling his substantial teaching and research duties until his retirement in 2016. In his years at Laval, he taught and supervised an entire generation of public health physicians. He also provided ongoing encouragement to numerous doctors specializing in community health. His legacy is still clearly felt at the Department of Social and Preventative Medicine. After 33 years at Université Laval, Professor Vézina continues his efforts to secure greater recognition of work-related morbidity and the factors that must be addressed to improve occupational health. He now works as a specialist in preventive medicine at Institut national de santé publique du Québec in close cooperation with the team at the CHU de Québec-Université Laval Research Centre.