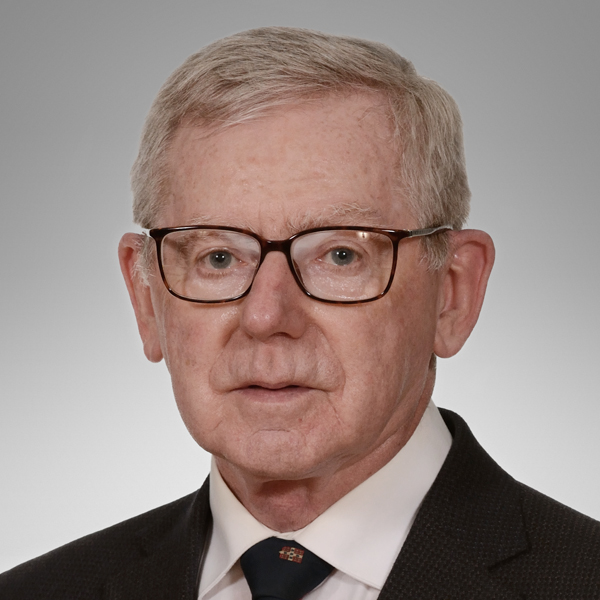 Professor Paul-Hubert Poirier's work on early Christianity, in particular his editions of ancient Greek, Syriac, and Coptic manuscripts, has earned him a place among the world's leading scholars. His achievements include the publication of the Nag Hammadi Coptic Library, a colossal undertaking and a research landmark at Université Laval. The quality and philological rigour of his editions and translations of Syriac texts are second to none. The breadth of Paul-Hubert Poirier's scholarship has earned him the highest honours in Québec, Canada, and France.

Professor Poirier has put his extensive knowledge, scholarly expertise, and mastery of ancient and modern languages to work in educating hundreds of students at Université Laval's Faculty of Theology and Religious Studies and Faculty of Arts and Human Sciences. As a tenured and adjunct professor, he created and taught over 230 graduate and undergraduate courses and seminars on theology, religious studies, classical studies, history, ancient eastern languages, and Greek. His teaching abilities brought him to École pratique des hautes études de Paris, the Faculty of Protestant Theology at Université de Lausanne in Switzerland, and the Pontifical Institute of Mediaeval Studies in Toronto as a visiting professor. From his appointment as a full professor in 1998 to retirement, Paul-Hubert Poirier supervised some 60 graduate students and was a reader on over 80 theses and dissertations at Université Laval and other universities in Québec, Canada, and Europe.

Professor Poirier has published an impressive list of critical editions and translations of ancient manuscripts. One of the best known is the nine-volume Nag Hammadi Coptic Library, a monumental project he directed from 1981 to 1998, and has since co-directed. He has also directed or co-directed the production of eight collaborative works in classical studies and taken part in 82 others. He has published 14 books since 1988—and is currently preparing a 15th—and has published 39 articles in peer-reviewed scholarly journals. Professor Poirier has shared his expertise with a very wide audience, delivering 167 papers and participating in 103 national and international scholarly events. He headed up the Institute of Classical Studies from the year it was founded in 1999 to 2005, and again from 2011 to 2014.

The calibre of Paul-Hubert Poirier's scholarship and his outstanding work have garnered many honours. He was elected to the Royal Society of Canada's Academy of Arts, Humanities, and Social Sciences in 1990, named an Académie des Inscriptions et Belles-Lettres correspondent in 2006 and foreign associate in 2015, and joined Institut de France. His work earned him the Pierre Chauveau Medal from the Royal Society of Canada, in recognition of his outstanding contribution to the social sciences and humanities. In 2006 he was named a Knight of the Ordre national du Québec.

These well-deserved honours have burnished Université Laval's world-class reputation in classical studies. The remarkable rigour of his research and the openness to the world that informs his work have yielded an exceptional contribution to his discipline.