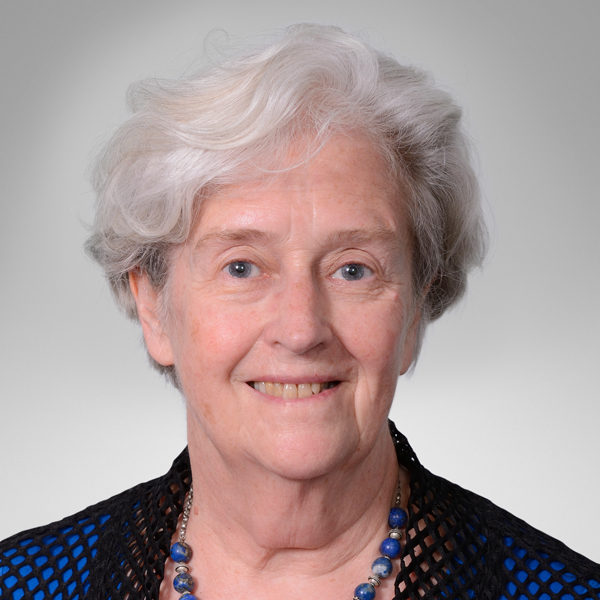 Professor Zita De Koninck's research on French-foreign-language education has changed the lives of thousands of people in Québec and around the world. Her decades of work have addressed one of the key factors for integrating immigrants in Québec—learning French. Time and again, her expertise has been sought out by governments, school boards, the academic community, and immigrant organizations. Her work has equipped educators to teach people from all over the world who are eager to join Québec society.

Zita De Koninck is a pioneer in French-foreign-language education and has trained generations of students and interns. From her appointment as full professor in 1999, until her retirement in 2017, her passion for teaching never waned. She has taught the introductory course on language education with trilingual units nearly 30 times—each one with renewed enthusiasm—and has supervised dozens of graduate students. Professor De Koninck has held key academic management positions at the Faculty of Arts and Human Sciences, including director of undergraduate studies, director of graduate studies in linguistics, and vice dean of undergraduate studies.

She has conducted basic research that has attracted interest from the Québec and international university communities and provided the impetus for major social projects. On numerous occasions, Québec's Ministère de l'Éducation has called on her expertise to help create policy on intercultural education and design forward-thinking educational tools that inspire and assist educators. As part of a major government initiative in 2006, she and Françoise Armand from Université de Montréal were tasked with investigating the quality of services offered to immigrant students. Their report, Portrait des services d'accueil et d'intégration des élèves issus de l'immigration (Profile of Reception and Integration Services for Immigrant Students) brimmed with fresh insight. Then, from 2012 to 2014, Professor De Koninck led an initiative to support French-language education for well-educated and under-educated allophone students.

Numerous school boards and educational bodies have commissioned Professor De Koninck to produce teaching guides to improve educational approaches and practices for non-francophone Québec immigrants. As a member of the Inter-University Working Group on Intercultural and Inclusive Expertise in Education, Zita De Koninck continues her work in a field that has been near and dear to her for so many years—teacher training. She is an educator at heart and continues to transmit her knowledge and understanding of the French language at the Rêver en français (Dream in French) workshops, a series she founded to assist anglophone and allophone students in graduate programs. To date, it has provided over 400 students with valuable knowledge that has helped them integrate into the university community and Québec City.

Professor De Koninck's research and hands-on work has helped foster intercultural bridge building and exchange through the acquisition of language skills. Her approach and commitment to her work reflect her openness to the world, a mindset that is highly prized at Université Laval and across Québec.